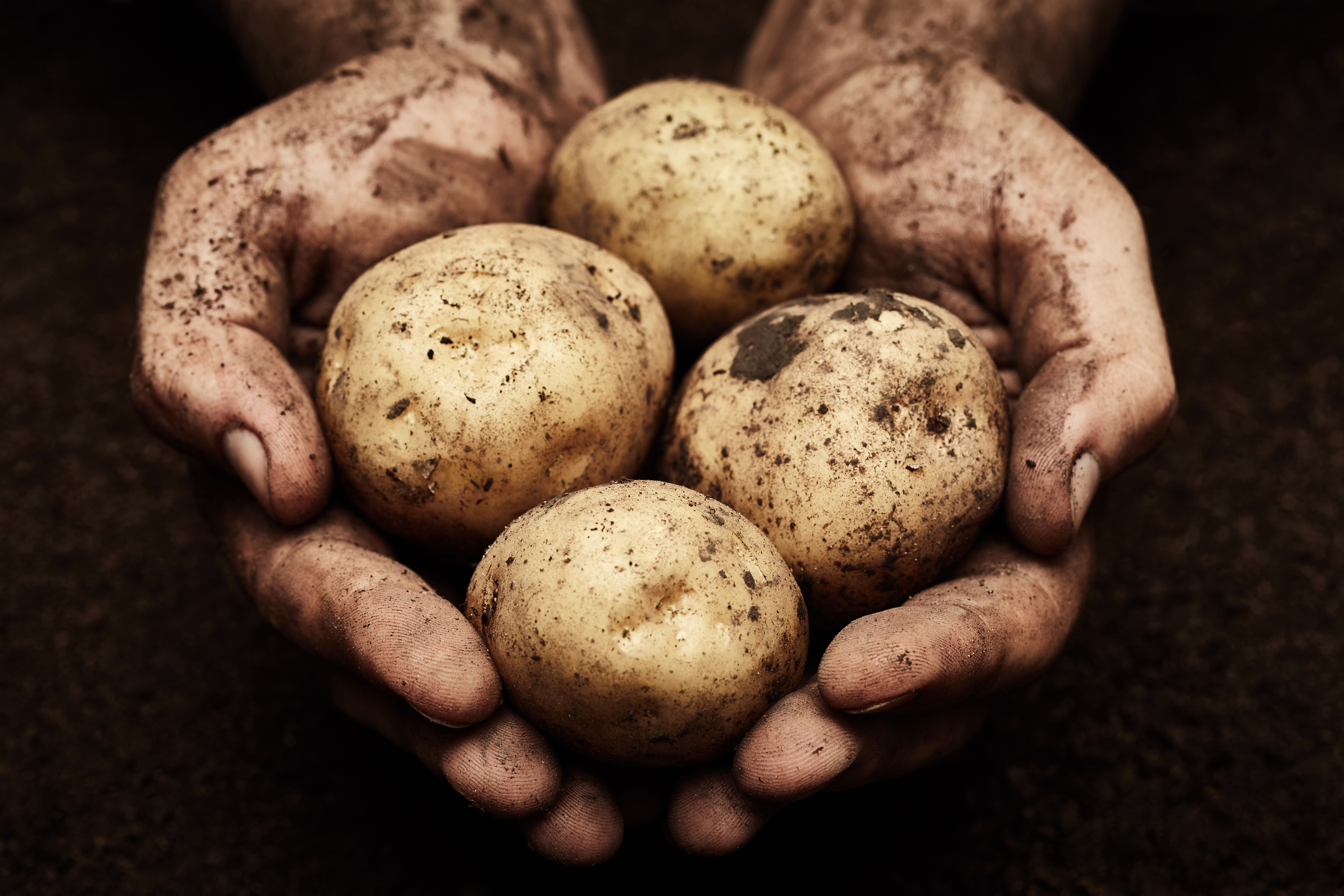 Consumers have been urged to seek out British potatoes on supermarket shelves to help East Anglia’s growers shift the huge surplus generated by the loss of lockdown demand from chip shops and restaurants.

The coronavirus pandemic left thousands of tonnes of potatoes stranded in stores as the food service sector closed down. Some have been redirected to retailers, others have been sold directly from farm shops and delivery schemes, or sold off as animal feed – while some growers have been asked to reduce their plantings for next year to ease the surplus.

Tim Papworth is a director of LF Papworth in Felmingham near North Walsham, and also a member of the NFU Horticulture and Potatoes Board and NFU Potato Forum. He praised the efforts of processors to help growers during the crisis, and said the public could now also play their part.

“As a grower, I am counting my lucky stars for a number of reasons,” he said “First, I shifted all my potatoes out of store before the lockdown. Then in early March I managed to lift some of last year’s crop that was left in the ground over the winter, we let them dry and re-graded them and managed to move them mid-March.

“But a number of other growers had potato stores destined for April, May or June contracts and all of a sudden the processors had no demand for their products from the food service industry. I would say that the main processors have behaved very honourably and done the best they could to mitigate the problem under these extreme circumstances.

“They have talked to growers and, in many cases, they have made mutually-agreed packages of help. Some growers have been asked to reduced the area they have planted and that is going to have an impact on next year. There are still a lot of spuds in store and when the restaurants and chip shops re-open there will be plenty of stocks to supply those outlets.

“The big processors are also mitigating those stocks by exporting processing potatoes into places like Belgium and France because there is not the demand in this country.

“There might be more going into supermarkets and some people are selling them on the side of the road as well. I have taken two tonnes to our village shop in Felmingham and said ‘help yourself’ for free, or in return for a donation to the East Anglian Air Ambulance.

“What should consumers do? I would encourage people to purchase British potatoes when they go out and buy food. Always look for the Red Tractor and buy British potatoes where possible. If you are in a restaurant ask to make sure it is British produce to help the British farmers.”

Another Norfolk farmer who found a community outlet for his surplus potatoes is Tim Briscoe of the Buxton Potato Company near Ayslham, who set up a point-of-sale box shop at the farm entrance and is also delivering sacks of potatoes to his most vulnerable or isolated neighbours.

“I am really pleased with the way a lot of people seem to be supporting local,” he said. “I just hope that people don’t forget what everyone has been doing behind the scenes to keep everyone fed.

“We are all battling a drought at the moment, so we have got other pressures we need to deal with and all the support we get from locals will be more than appreciated.

“We certainly have a surplus. It is not a huge surplus, but we had to move some away as stock feed because we couldn’t find a home for it. That has hurt quite a lot. But as the world starts to open again it should help. People can buy direct from us or support local restaurants when they reopen or treat themselves to a meal – it all filters down.”